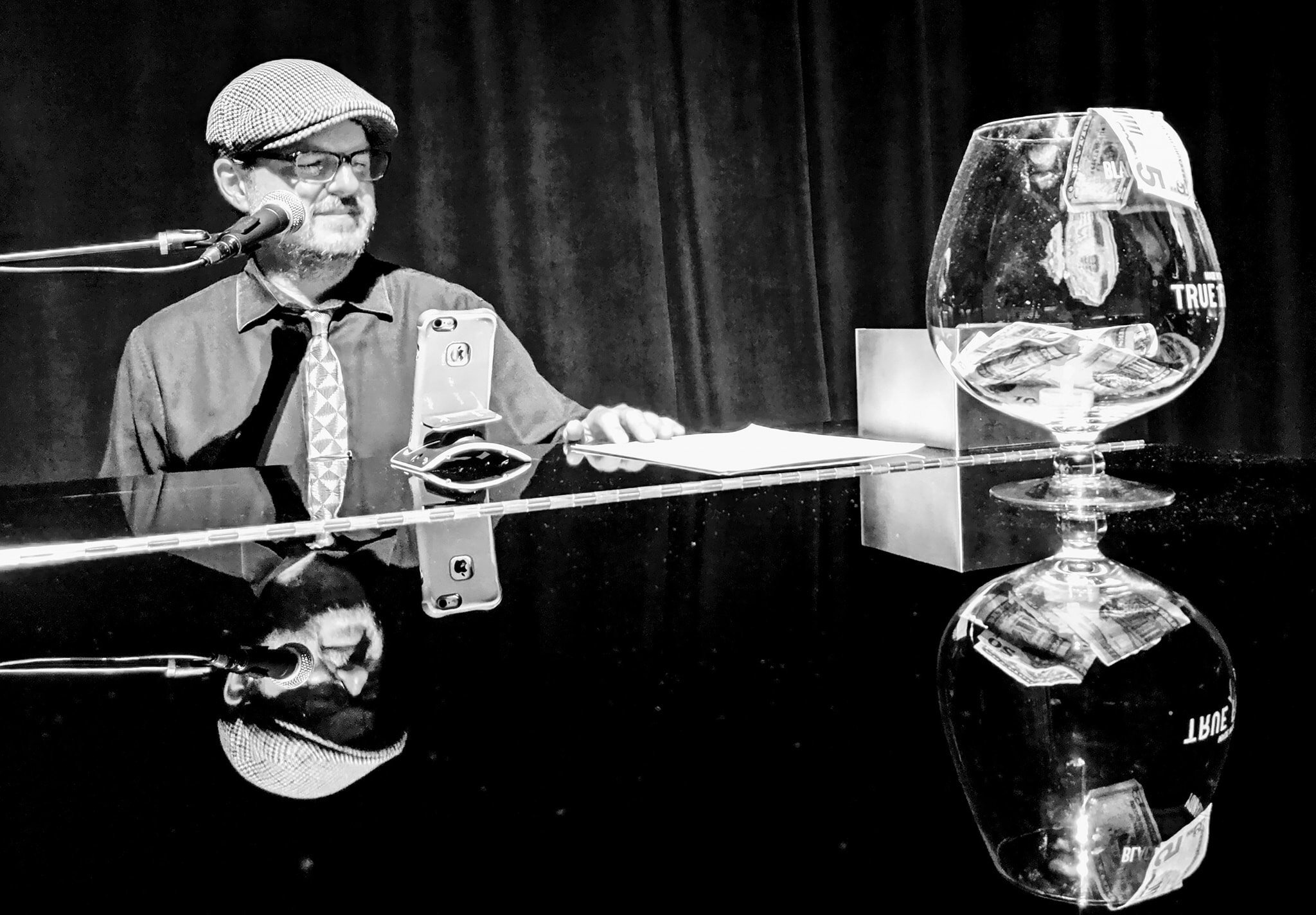 Tip Jarrod!
Check out Jarrod’s song list
Make a request!
Jarrod Champion is a self-taught pianist, vocalist, organist, multi-instrumentalist, songwriter, producer and studio engineer.  Originally based in rock and roll, Jarrod eventually spread out into the prominent jazz, blues, soul and traditional country/folk circuits found in and around Detroit.  He is and has been a member of numerous musical groups across many different genres.
Jarrod is also an active live and studio session musician and has written, produced and recorded music for stage plays, films and video productions.  He also writes and performs his own original music under his own name releasing one full length album and two e.p.’s.