James Stryska has been obsessed with the construction of the song for as long as he can remember. Ever since he was a child, he has been studying scores, arrangements, orchestrations, to see how each element works together to create one cohesive whole. A multihyphenate musical artist, his music has been described as “big and full of emotion” James is currently working on two new musicals: Don’t Forget Me: A New Musical (which has gone through developmental workshops in Charlotte, NC and Greensboro, NC) and his latest work, MEDUSA (which just went through its first developmental workshop in Greensboro, NC). He has also provided a full-length original score for UNCG School of Theatre’s “Theatre for Young People” production of Roald Dahl’s The Witches, directed by Chad Parsons. James’s work is also found at the Industries of the Blind Public Art Piece located on West Gate City Blvd. in Greensboro, NC, where he composed a piece based off of artwork by Krystal Rothermund and Daryl Wells, helping tell the story of the artwork to those who are visually impaired. 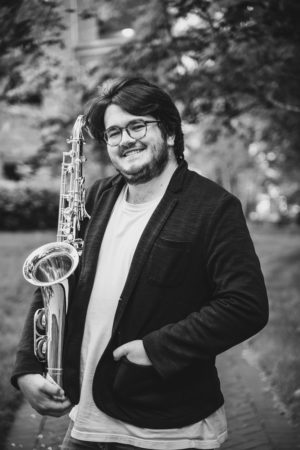