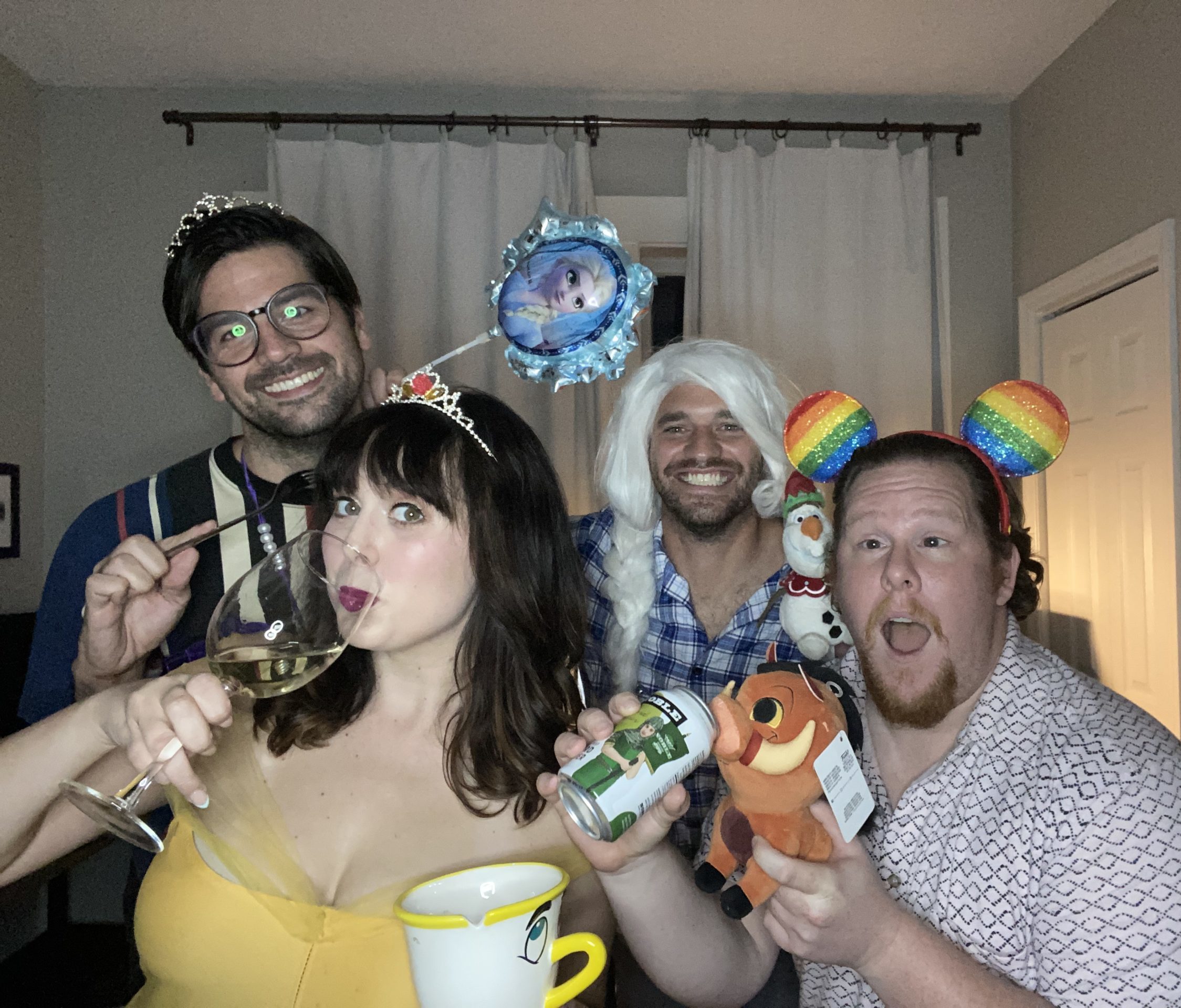 Jenna Pryor, a proud former Disneyland Annual Passholder from youth, has been performing on Tennessee stages since 2011.  When not shaking “cocktails” for bachelorettes or performing dinner theatre for the elderly, Jenna can be found singing in a wig for your children as a local party princess.  Now she is thrilled to put these skills to use for your drunken singalong pleasure.  Stay dangerous!

Jay Lindsey is a recovering regional theatre actor and former middle school teacher.  His proudest accomplishment was dating the captain of the (Disney) cruise ship on which he was a performer in order to drink in the officers’ lounge.  Now that he has settled down a bit (and can’t stay up past 9:00pm), he spends his days working for a local non-profit creating art with adults with disabilities and singing Disney songs with his friends.